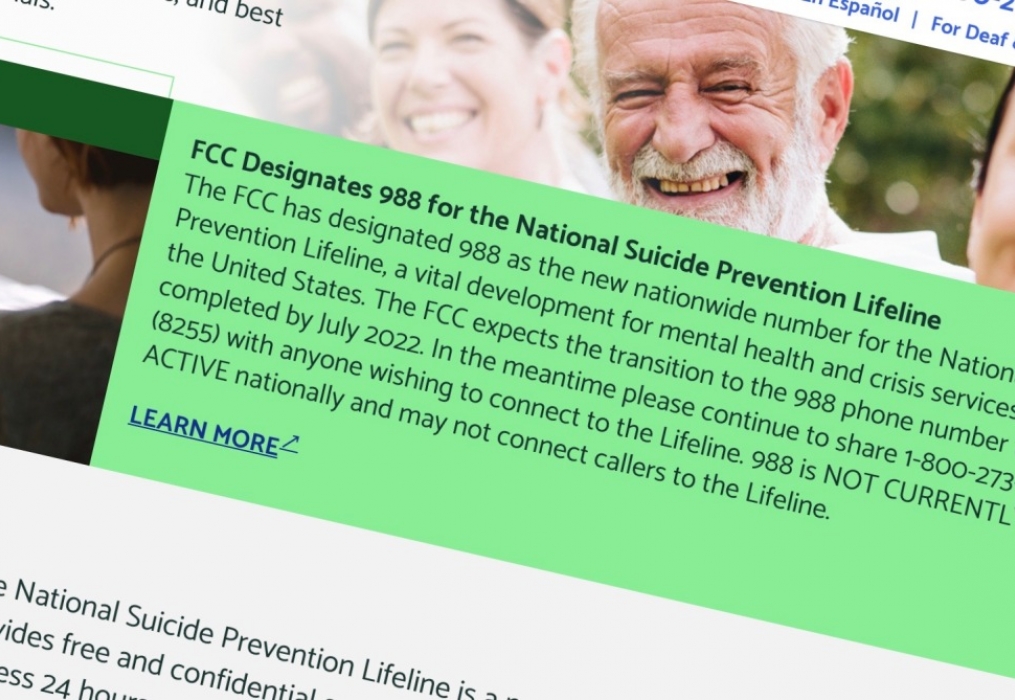 The requirement to transition to 988 as the National Suicide Prevention Hotline will take effect on July 16, 2022. The transition time gives phone companies time to make necessary network changes. It additionally provides time for the National Suicide Prevention Lifeline to prepare for a likely increase in the volume of calls following the switch.

The US is officially designating the phone number 988 as a suicide prevention hotline number.

On Thursday, the FCC voted to establish 988 as the new number for the free National Suicide Prevention Lifeline, which currently operates over 1-800-273-8255 (TALK). The 11-digit number is harder to remember, so the FCC decided to minimize the digits down to three.

“Establishing the easy-to-remember 988 as the ‘911’ for suicide prevention and mental health services will make it easier for Americans in crisis to access the help they need and decrease the stigma surrounding suicide and mental health issues,” the FCC said in today’s vote.

The commission is giving all telecommunication carriers, including internet-based VoIP phone service providers until July 16, 2022, to implement the change. The FCC settled on two years to make the transition, citing the time needed to implement the network changes. The National Suicide Prevention Lifeline also has to prepare for a potential increase in calls once the 988 number goes into effect.